ISIS And The War On Christianity 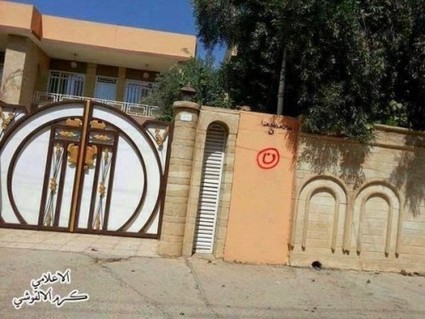 End time Bible prophecy is fulfilled as ISIS carries out genocide and persecution of Christians in Iraq and Syria.

Revelation 20:4 (NKJV)
4  And I saw thrones, and they sat on them, and judgment was committed to them. Then I saw the souls of those who had been beheaded for their witness to Jesus and for the word of God, who had not worshiped the beast or his image, and had not received his mark on their foreheads or on their hands. And they lived and reigned with Christ for a thousand years.

“..yea, the time cometh, that whosoever killeth you will think that he doeth God service.  And these things will they do unto you, because they have not known the Father, nor me.” – John 16:2-3.

Jesus Christ prophesied that as the end times approached, more and more Christians would be the victims of persecution. With the rise of ISIS, Christians worldwide have seen unprecedented levels of violence carried out against them just for believing in Jesus Christ. Jesus said:

The 5th Seal of Revelation Chapter 6 gives insight into this as the Apostle John is given Heavenly access to view the martyrs who died for their faith all residing under the altar of God:

And when he had opened the fifth seal, I saw under the altar the souls of them that were slain for the word of God, and for the testimony which they held:  And they cried with a loud voice, saying, How long, O Lord, holy and true, dost thou not judge and avenge our blood on them that dwell on the earth?  And white robes were given unto every one of them; and it was said unto them, that they should rest yet for a little season, until their fellow servants also and their brethren, that should be killed as they were, should be fulfilled. – Revelation 6:9-11.

For those living under the threat of ISIS for them the Great Tribulation has already started. For those of us who are not yet affected by this barbaric sinister force should be praying for our brothers and sisters who are now being persecuted because this evil has its eye on you as well. Remember the rise of Nazi Germany while the church sat quietly and offered no resistance.

This entry was posted in Articles
« Is Your Church Worship More Pagan than Christian?
The Supreme Court Has the Final Say »

« Is Your Church Worship More Pagan than Christian?
The Supreme Court Has the Final Say »