“Now Elijah the Tishbite, who was of the settlers of Gilead, said to Ahab, “As the LORD, the God of Israel lives, before whom I stand, surely there shall be neither dew nor rain these years, except by my word.” – 1Kings 17:1 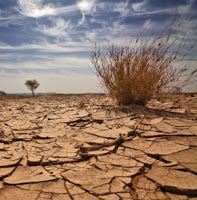 Elijah was a Tishbite. Most Jews and Christians are familiar with Elijah. When Elijah confronted wicked rulers he was a “nobody” from an obscure tribe. But that did not stop him from taking a stand for God. Elijah didn’t have a prophetic blog. He did not hold a degree in theological studies from a major Jewish school of the prophets. He did not boast a large resume nor have thousands of Facebook likes and Twitter followers. For the most part until he took a stand for the Lord he was a nobody. What gave him a place in the annals of biblical history is what he had to say, and for whom he was speaking.

Elijah was facing Ahab, who along with Jezebel was systematically attempting to remove all the spokesmen of God from the land. They were killing the prophets of God. They sought to SILENCE the voice of God from among the people. They wanted to be sure that there was no one to challenge their political position, or political decisions. They in effect wanted to be the final arbiter of all things.

God wasn’t having any of it and thus sent Elijah to confront Ahab about his wicked ways. Ahab had introduced Baal worship into the northern kingdom of Israel. Baal was considered the god of fertility and of rain, so the pronouncement of Elijah that it was not going to rain until Elijah said it would was a direct challenge to Ahab’s worship of the Baal god. Elijah was directly challenging Ahab’s reliance on idol worship. He was there to remind Ahab who really was in charge of the climate.

True to his word the heaven’s withheld rain and dew for three and a half years until God spoke to Elijah again to declare that it was going to rain. During that time a great famine hit the land.

Elijah’s confidence was in God’s character and faithfulness. He spoke with assurance because he knew the voice of the Lord and he knew that God could be counted on to do what He said He would do. Elijah even went as far as confronting all the prophets of Baal, those the government hired to stand before the people and instruct them on the ways of Baal worship. These were government employees whose job was to instruct the people on the religion of environmentalism, and they were given the authority to punish anyone who did not bow down to worship the god of the earth.

Elijah wasn’t having any of it.

1 Kings 18:16-39 (GW)
16 So Obadiah went to tell Ahab. Ahab went to meet Elijah.
17 When he saw Elijah, Ahab said, “Is that you, you troublemaker of Israel?”
18 Elijah answered, “I haven’t troubled Israel. You and your father’s family have done it by disobeying the LORD’S commands and following the various Baal gods.
19 Order all Israel to gather around me on Mount Carmel. And bring the 450 prophets of Baal and 400 prophets of Asherah who eat at Jezebel’s table.”
20 Ahab sent word to all the Israelites and brought the prophets together on Mount Carmel.
21 Elijah stood up in front of all the people and asked them, “How long will you try to have it both ways? If the LORD is God, follow him; if Baal is God, follow him.” The people didn’t say a word.
22 So Elijah told the people, “I’m the only surviving prophet of the LORD, but there are 450 prophets of Baal.
23 Give us two bulls. Let the prophets of Baal choose one for themselves, cut it into pieces, lay it on the wood, but not set it on fire. I’ll do the same with the other bull.
24 “You call on the name of your gods, but I will call on the name of the LORD. The god who answers by fire is the real God.” All the people answered, “That’s fine.”
25 Elijah told the prophets of Baal, “Choose one bull for yourselves. Prepare yours first, because there are more of you. Call on the name of your god, but don’t set the wood on fire.”
26 They took the bull he gave them, prepared it, and called on the name of Baal from morning until noon. They said, “Baal, answer us!” But there wasn’t a sound or an answer. So they danced around the altar they had made.
27 At noon Elijah started to make fun of them. “Shout louder, since he is a god. Maybe he’s thinking, relieving himself, or traveling! Maybe he’s sleeping, and you have to wake him!”
28 So they shouted louder. They also cut themselves with swords and spears until their blood flowed. (This is what their ritual called for.)
29 In the afternoon they continued to rant and rave until the time for the evening sacrifice. But there was no sound, no answer, no attention given to them.
30 Then Elijah said to all the people, “Come over here.” So all the people came to him. He rebuilt the LORD’S altar that had been torn down.
31 Elijah took 12 stones, one for each of the tribes named after Jacob’s sons. (The LORD had spoken his word to Jacob: “Your name will be Israel.”)
32 Elijah built an altar in the LORD’S name with those stones. He also made a trench that could hold 12 quarts of grain around the altar.
33 He arranged the wood, cut up the bull, and put it on the wood.
34 He said, “Fill four jars with water. Pour the water on the offering and on the wood.” Then he said, “Do it again,” and they did it again. Then he said, “Do it a third time,” and they did it a third time.
35 The water flowed around the altar, and even the trench was filled with water.
36 When it was time to offer the sacrifice, the prophet Elijah stepped forward. He said, “LORD God of Abraham, Isaac, and Israel, make known today that you are God in Israel and that I’m your servant and have done all these things by your instructions.
37 Answer me, LORD! Answer me! Then these people will know that you, LORD, are God and that you are winning back their hearts.”
38 So a fire from the LORD fell down and consumed the burnt offering, wood, stones, and dirt. The fire even dried up the water that was in the trench.
39 All the people saw it and immediately bowed down to the ground. “The LORD is God!” they said. “The LORD is God!”

Oh happy day! Someone darned to challenge the prophets of environmentalism and prove once and for all who is actually in charge of the environment. Elijah forced the king and the prophets for hire to prove that the god they worshipped was in charge. This proved to be a fatal error.

Elijah went to the top of Carmel and bowed down on the ground to pray. …Gradually, the sky grew darker with clouds and wind, and there was a heavy rain.   I Kings 18:42 &45

Elijah was not ashamed of his God and was willing to stand against king Ahab to declare his faith. I am afraid there are too many prophets of God hiding in caves from fear than are willing to boldly go and tell the good news of Christ to a lost and dying world. I am afraid that the worship of Baal has crippled too many of God’s people into believing the lies the Baals are selling and not the truth of God’s word. We need a few good men willing to stand up and proclaim to all the prophets of Baal the truth of God’s word.

Or we can start with just one lone voice crying in the wilderness. Repent for the Kingdom of God is at hand. Choose today whom you will serve. If Baal is god then serve him but if God is God then serve Him you really can not have it both ways.

This is a view from the nest. What say you?

Along for the journey

This has been A View from the Nest. The statements, comments, or opinions expressed are solely that of the author and do not represent the views or opinions of the host of this site or any affiliates thereof. Any questions or comments should be directed to myself and not to the host or hosts of this site.

This entry was posted in Articles Eagle Views Insights on Scripture and tagged Ahab Baal Climate change Elijah Elijah the Tishbite Environmentalism Facebook global warming God Israel Mount Carmel
« Tail Feathers: A quick look at the news
Beauty is in the Eye of the Beholder »

3 Responses to A True Story of Man-Made Climate Change

« Tail Feathers: A quick look at the news
Beauty is in the Eye of the Beholder »